This is the first permanent architectural projection onto a swimming pool in the world. The system is comprised of 5 x 40K lumen and 2 x 20k lumen projectors and runs on two ProVideoPlayer servers streaming close to 22 million pixels.

The pool is a map of a 4000 x 4000 video cut into five 1920×1080 pieces on the fly by PVP2 and a single MacPro® another MacPro is slaved on the second floor (some 30 stories below) for two 1920×1080 feeds to projectors for the rock imagery. The slaved Mac Pro also plays the soundtrack and PVP changes the input on the Bose PA with a contact closure relay, and changes it back once complete. 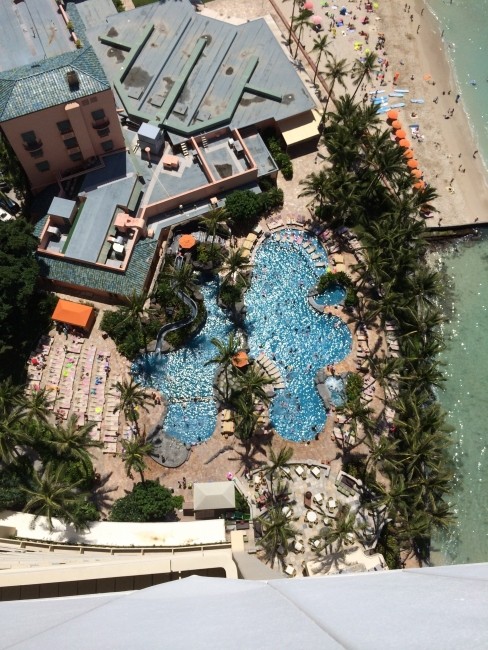 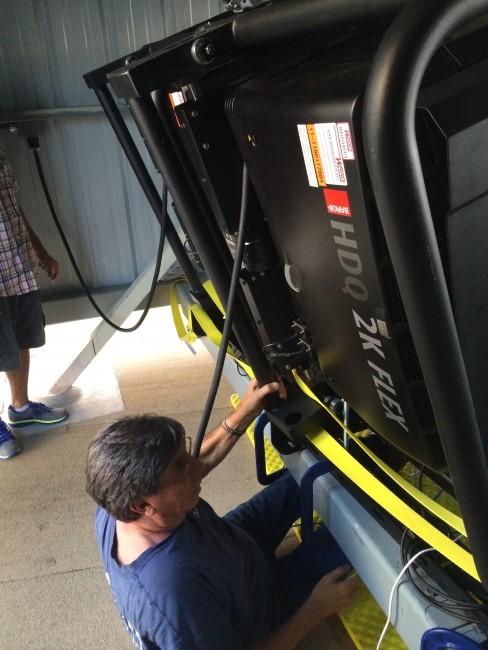 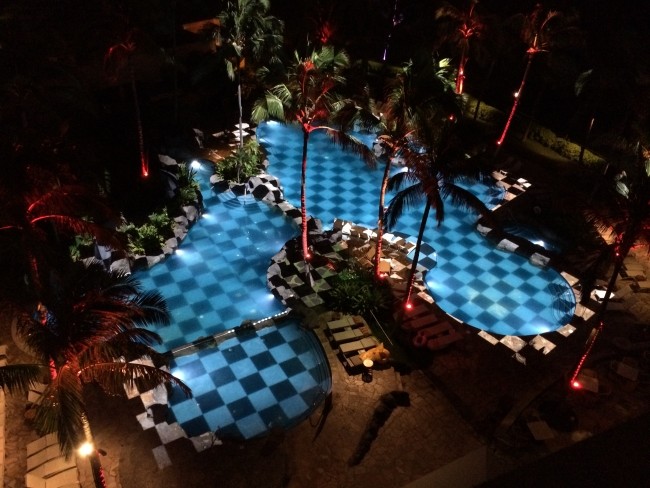 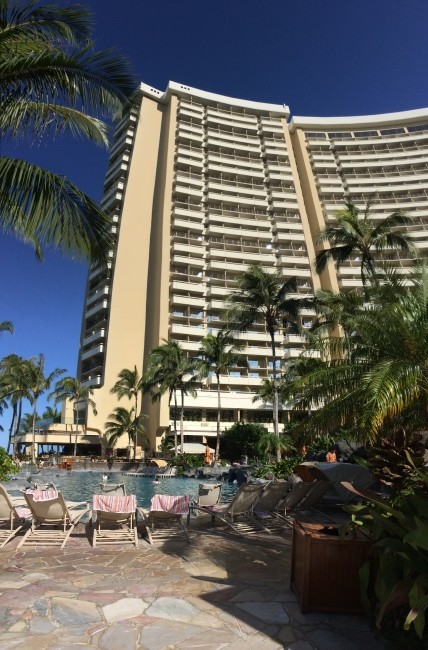