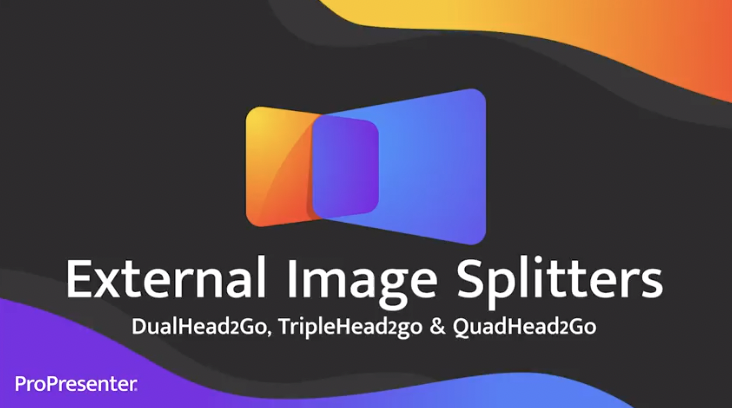 ProPresenter 7 gives you great new flexibility when using Matrox DualHead2Go, TripleHead2Go and QuadHead2Go devices, or similar image splitting devices that take one large image from your computer and split it into multiple outputs. Once you’ve set up your device and it’s working with your computer, to configure it inside ProPresenter, we can go to Screens > Configure Screens. Now you’ll see, I already have a triple wide screen here, but if you were looking for your triple-wide device or DualHead2Go device, you would find it under your output settings and you would see it listed in this dropdown menu. I’m currently using a Placeholder to represent this, and it’s a 5760 by 1080 screen. And that’s a triple-wide 1080p output. Now, if you wanted to just use that as one giant output, you wouldn’t need to change anything, but if you want to utilize those three outputs in different ways, we need to change our output target.

We’re going to set the output target to a 3×1 grid and use that final third that we haven’t utilized yet. And for this screen, we’re going to set this to be our Lobby screen. Now, we can utilize the new Announcements layer, as well as Looks to send different content to all three different pieces of this triple-wide setup. So, let’s take a quick look at Looks and the Announcements layer, so that we can send different content to each one of these. So, I’m going to close this out. I’m going to go back to screens and I’m going to go to edit Looks. Here you’ll see the same three screens that we set up in our screen configuration, our main output, our IMAG and our Lobby screen. But here we can see which layers and any custom themes that we want applied to each individual screen. So, for our main screen, we want to send everything to it, except we don’t want to send the Announcements layer and we don’t want any video inputs.

Now, I can go and click on a different presentation. I could select maybe these lyrics. You’ll see nothing’s changed on the Lobby. But if I go to my main output, you’ll see that showed up there. And if I go to my IMAG, you’ll see on there, I’m getting differently formatted text on that. So, that’s how I can utilize my TripleHead to send different content to my three different screens. Now you can do the same thing with DualHead2Go or QuadHead2Go. All you need to do is go to screens, configure screens. Now for a DualHead2Go, you would be using a 2×1 grid and you would be choosing the left or the right side of the image. And for something like a QuadHead or similar device, you could choose upper left, upper right, lower left or lower right. Hopefully this helps you see how you can utilize your DualHead2Go, TripleHead, QuadHead2Go or similar devices in a whole new way inside ProPresenter 7. 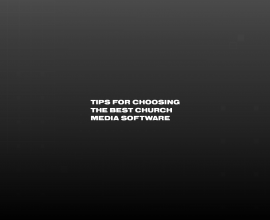 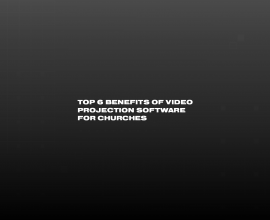 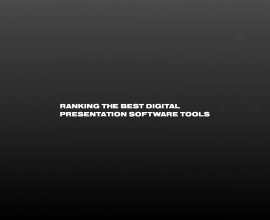 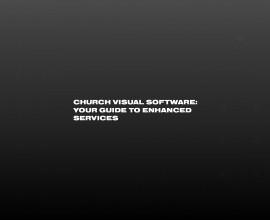