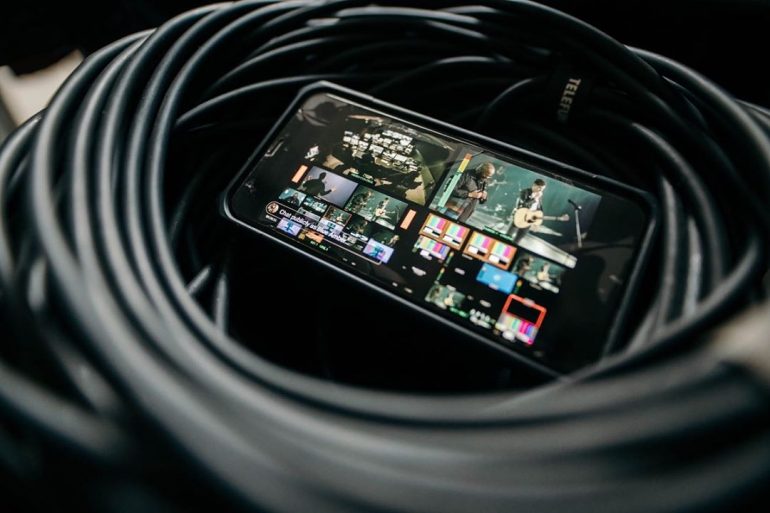 We get it. The terminology and the different words people use can get confusing. Especially as you start thinking about using lyrics and other content in your live stream. What’s a lower third? What’s an encoder? What’s an Alpha Key? We totally understand feeling overwhelmed when starting off and hearing these words. Our goal is to help eliminate the confusion and make your entry into live streaming easier than ever!

A live stream is a video that is being broadcast online in real- or close-to-real-time. Many live stream platforms allow customers to engage with the live stream with comments and reactions.

A “live premiere”, or “simulated live” event, is different from a live stream. Live premieres are pre-recorded video that has been uploaded to a platform like Facebook or Google ahead of time. This video can then be scheduled to stream “live” at a specific time. This allows people to engage with the video as if it was live without the person streaming needing to rely on an active network connection.

Lower Thirds are graphic content that only takes place in the lower section of a video feed. It does not have to take up the whole bottom third of the feed. In general, the phrase is associated with lyrics, graphics, and content that is displayed somewhere in the bottom third of a video. Many organizations use lower thirds to show the name of a speaker as they walk into the camera‘s view.

Chroma keying is a technique used for combining two frames or images by replacing a color or a color range in one frame with that from another frame. Many times, you see this done on live streams by using a green background, with lyrics or other content sitting on top. That green color is keyed out so that everything except the green shows.

The ProPresenter Alpha Keyer output allows for a signal carrying the transparency (alpha channel) of an image to be sent through a separate SDI line so that when a switcher capable of using a line-in for a key signal is available (linear key), you get the cleanest possible image.

An Encoder is a device or software that takes video inputs, compresses it, and broadcasts it online to a streaming source. There are both hardware and software encoders. Hardware encoders typically are standalone devices that have an audio and video input and send the video signal to an online source. Software encoders make use of computer hardware to do the encoding.

PIP is an acronym for Picture in Picture. This is when a video displayed full screen has another video displaying within that video. Many times, you’ll see a PIP of a full output from a computer on top of a live stream in the bottom corner of the feed. If your mixer isn’t capable of keying, many times it can do a PIP which is less flexible or design-oriented but still a solution to getting lyrics, or other content on top of an already existing live feed.

NDI stands for Network Device Interface, which is a method of sending video from one device to another over a standard ethernet network. Using NDI you can take the output of ProPresenter and send it to a different application that can receive that video input… either over the network, or on the same computer.

Syphon is essentially a video sharing technology (macOS-only) that allows one application to read the graphics data generated by another application. For example, a screen in ProPresenter 7 that is set to a Syphon output can be seen as a video input in OBS or other supported video applications on the same computer. 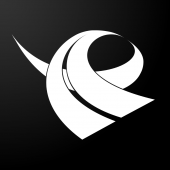 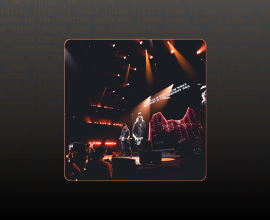 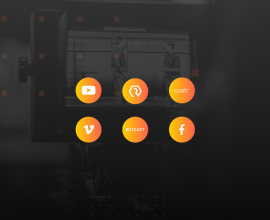 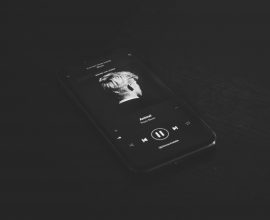 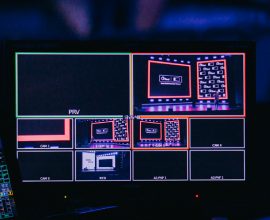