ProVideoPlayer—now in its third generation--boasts several new features for the broadcast, production and ProAV markets centrally powered through a new user interface. 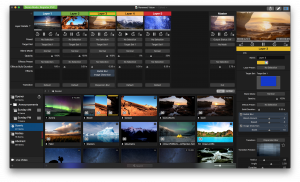 Alpharetta, GA, April 18, 2017 — In its first two product generations, ProVideoPlayer was heralded as a device that balances cost-efficiency with a powerful toolset for designing and delivering creative, visually exciting multi-screen video displays to enhance a location, event or experience. At the 2017 NAB Show, Renewed Vision will introduce PVP3 in booth N6517, and demonstrate the wide range of new features and capabilities that have been packed into this third-generation media server. To further emphasize its more extensive… continue reading »

Alpharetta, GA, May 2, 2017 — At the 2017 NAB Show last week, Renewed Vision was presented with one of only four 2017 ACE (Awesome Cool Exhibits) Awards by the NAB Show. Renewed Vision took Best Linear Award, which recognizes the best creativity (use of color, sound, light and other creative elements), effectiveness (how well the booth draws in and engages the visitor), and overall structure (quality of the build and innovative use of materials) of booths from 100 to… continue reading »

The What: Renewed Vision is now shipping PVP3, the third generation of its ProVideoPlayer multifunction media server. Building extensively on earlier versions’ toolset for creating engaging multi-screen video displays, the new capabilities and redesigned user interface of PVP3 elevate the solution to an all-in-one media server, video processor, and screen control system while retaining its precursors’ ease of use and cost-efficiency. The What Else: The heart of PVP3’s media handling functionality is its video processing engine, which can combine live… continue reading » 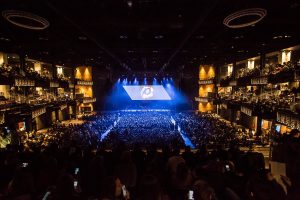 Alpharetta, GA, March 5, 2018 — Passion Conferences collegiate ministry held its annual gathering the first week of 2018, bringing together more than 32,000 students from 700 universities and 35 countries to three arenas. The conference, which has been active for over 20 years, consistently sets new standards for high-quality productions and this year was no exception. As in previous years, Renewed Vision’s software solutions played a major role, with ProPresenter6 and its new PVP3 media server – both now… continue reading »

The massive scale of the event requires a top-shelf infrastructure to support content management and playout across multiple large screens.

The graphics and playback workflow in live production is quickly changing as technology evolves.  The days of an expensive infrastructure with multiple workstations as a requirement is increasingly diminishing. The annual United event from WorldVentures serves as an intriguing example.  United bills itself as an international convention that brings people together from around the world to celebrate each other’s strength and diversity, with opportunities to build team synergy and collaboration with peers, colleagues and fellow attendees.  This year’s event took… continue reading »

Salvation Army Elevates Production Workflow for Path To The Cross

The Salvation Army rallies its troops from the westernmost 13 states each June for a large conference at the Pasadena Convention Center in California. Primarily, this event marks the ordination of new Salvation Army officers, or pastors, following an intensive two-year training period.  The officers subsequently receive their first appointments as commissioned officers of The Salvation Army, and head out to take up their appointed ministries. However, the conference delivers an additional opportunity for the newly ordained and attendees alike. … continue reading »

Creating unforgettable experiences that set clients apart from the competition is possible thanks to advances in the production toolkit, finds Paul Bray. 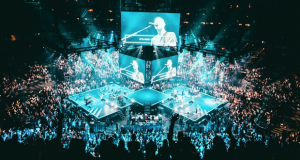 Professional production covers a multitude of solutions and experiences, from relaying a town hall speech from the boardroom to creating a state-of-the art museum exhibit or the mother of all parties. Ultimately, though, it’s about bringing visions to life, and AV is at its heart. According to Abbe Westerlundh, an image processing specialist at Barco, the two major markets are live events (concerts, corporate presentations, award shows, televised events) and installed experiences (presentation auditoria, museums and visitor attractions). “Live events… continue reading »

ATLANTA, April 14, 2016 — Renewed Vision today announced its adoption of NewTek’s open Network Device Interface (NDI™) standard for IP-based production workflows for its ProPresenter media presentation and CG application.  With NDI enabled, ProPresenter will be recognizable as a source by other NDI-enabled devices and systems connected to a standard Ethernet local area network, exponentially increasing the number of video sources available for live production. NDI support will be included with the optional SDI module, which will be renamed the… continue reading »

ALPHARETTA, Georgia, March 1, 2016 — Renewed Vision has released the Windows version of its ProPresenter 6 live multimedia presentation software. Available immediately, the Windows edition joins the Mac version of ProPresenter 6 in delivering a wide range of powerful new features that simplify and enhance the live production process while elevating the quality and visual richness of the resulting presentations. Demonstrations of ProPresenter 6 at the 2016 NAB Show, taking place April 18-21 in Las Vegas, will highlight the… continue reading » 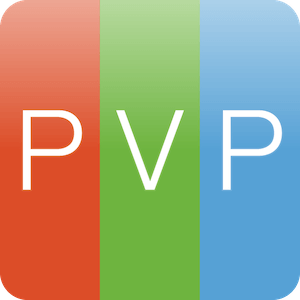 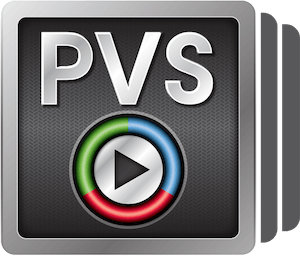 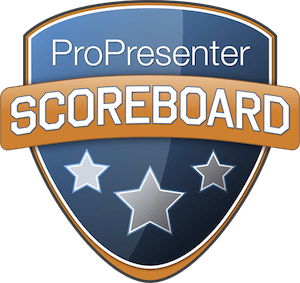