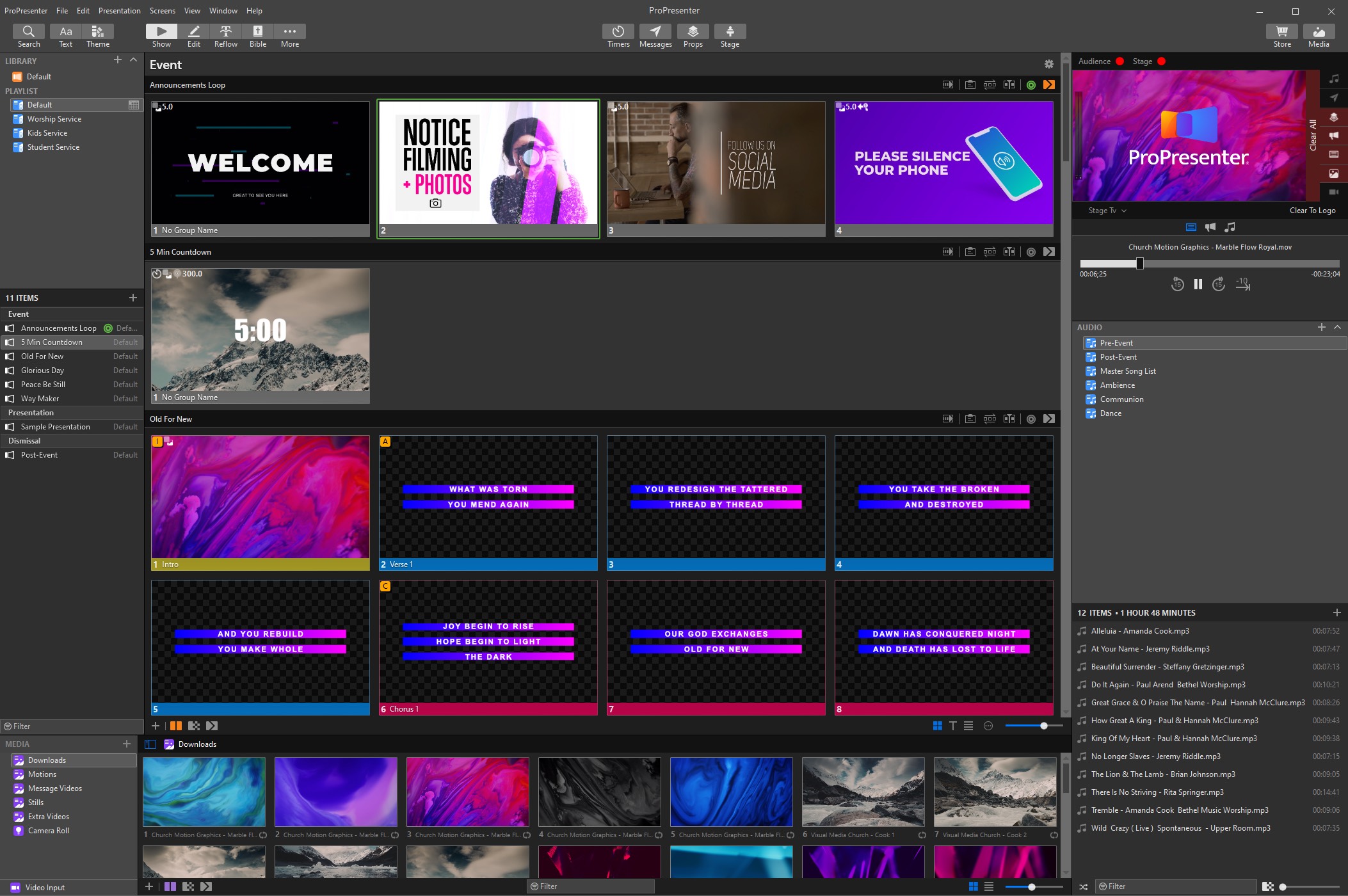 Renewed Vision has announced the availability of ProPresenter 7, the latest version of its live presentation and production software for sporting events, broadcast studios, houses of worship, concerts and conferences.

Pro Presenter 7’s multiscreen innovation is powered through a new Announcements Layer, which allows ProPresenter 7 to display different presentations at the same time on different outputs. With multiscreen support, one ProPresenter 7 installation can create a three-screen edge blend, populate IMAG screens and other stage displays, and feed announcements to lobby screens without the need for external image splitters.

The updated Stage Display has its own editor window with a built-in multiviewer to monitor all display outputs. ProPresenter 7 supports SDI and NDI outputs, and automatically detects outputs without restarting for easy setup and configuration.

With a darkened look for easier viewing and operation, the new interface offers a streamlined user experience. From one screen, users can monitor upcoming slides, access and organize all media assets, create playlists, preview any output, and control video playback. ProPresenter 7 has also optimized its search function for more efficient song selection, and slide notes have been redesigned and move to the bottom of the screen.

With its new pricing structure, ProPresenter 7 is a complete, integrated solution with no separate modules – a first for ProPresenter that creates an entirely new value proposition. Customers purchase seat licenses for each presentation computer. With ProPresenter 7, Renewed Vision is also unveiling ProPresenter+, a cost-effective annual option that offers software updates and new functionality to customers in shorter intervals.

Developed at the same time as the Mac version, the Windows version of ProPresenter 7 is 64-bit native for improved performance, stability, and integration with Mac systems. Seat licenses work for both Mac and Windows-based systems, and can be disabled and re-enabled on a per-computer basis.

ProPresenter 7 is also available as a free download. The free version is not intended for use with an audience, as the output will have a watermark, but it allows users to build shows and presentations that can be transferred to the licensed presentation computer.